← Dancing Queen On intimacy in isolation →

As a kid my film awareness came from cinema experiences that told stories of Western culture mostly. Irish films were as rare to behold in Australia as were First Nations films. That was the dark we went into willingly. Even film school much later rarely looked at those films and filmmakers. Marginalised voices have been silenced over time in order to preserve the huge Hollywood machine. The commercial shiney stories that created our blinkers, but that I still have a hankering for.

The stories that beckoned to my heart were the ones that Dad showed on our lounge room walls. Sent to us from ‘back home’. Irish girls in their black stockings, walking down an overgrown country lane, laughing and teasing each other. We could hear their laughter ringing around the lounge though the super 8s were silent. What images and issues arise when cultures collide, particularly when you belong to more than one. Belonging to two places at once, or none at all.

Cinemas were reserved for others stories. The streetscapes though were telling different stories much earlier. Magic lantern slides were projected for the people in the streets. The images coming to life were strange and other.

Delhi-born, London-based filmmaker and designer Losani Matasur was the first solo artist to exhibit her films on the exterior of the BFI (British Film Institute London). Her films moved across three of the five screens at this iconic institution while the media projection onto The Fourth Screen focused on projections that constitute as a vision of a third space: somewhere between reality and reflection, between what is seen and what is not seen. She said her work “explores shared cinemas spaces which are vital for all those who belong to two places but are not from any.”

I grew up in a small town in regional Victoria. My parents had funny accents and came from a place there was never news of. Later we moved to another small town in regional Victoria. They felt and acted like small towns but now are called regional cities. It always felt like there wasn’t much to do and everyone knew everyone.  Bendigo and Ballarat have a rivalry I am indifferent to. They feel so much the same their stories are indistinct. Yet I know now their stories are uniquely hidden in ‘upside-down country’, country torn up by the greed for gold and power.

Growing up and later at local uni, it was the kind of place where you belonged to either the sporties, the nerds, or the cool kids. I didn’t really fit into any of those groups. But I found film class and I found feminists and I found creatives. I still felt an outsider but with perks. I felt like I belonged to many places and none at the same time.

I discovered cinema. The home of the outsider. Huge screens were windows into other peoples lives, I was still on the outside. Though I could learn about different cultures and lifestyles. I felt like I belonged somewhere for the first time. Cinema became my refuge, my escape from the mundane into the connected, for a time. We can explore alternate universes and possible futures. Cinema, derived from the Ancient greek word for movement κίνημα (kínēma, “movement”), allows us to escape ourselves and experience the new.

But artist films are not made for mass consumption. These are films that push boundaries and explore taboo subjects and what mine are focused on is emotion. To feel means, for me, to change. It is challenging to become aware to feelings quietly unheralded in our usual lives. 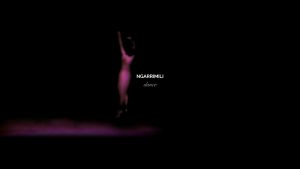 My parents are from Ireland but I was born here. And even though I’ve spent time in both places, it feels shallow, like I haven’t been able to dig in. Because Ireland was always called home, and here in this home we do not acknowledge who has come before. So I still don’t feel like I belong to either place.