← On intimacy in isolation The Destroyer →

Somehow we have been divided into clear categories of belonging.

I always wanted a gang of my own. Then each gang I was part of annoyed me after a while. It wasn’t what I was seeking. I needed to belong, but not to a gang, I needed to belong to a place. For a long time I thought ‘back home’, the place that Mum and Dad spoke of when they talked of Ireland, was a place I could visit. And I thought when I visited I wouldn’t recognise it. But I needn’t have worried. Back home recognised me. I felt it as soon as the plane crossed into Irish airspace. Felt it when the first person spoke to me with an accent like Dad’s. Felt when I could almost see Mum in the streets of Dublin or riding down Ballaugh Hill.

We are either in a thing or we are outside it. 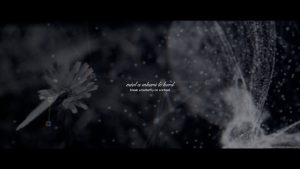 Except cinema where we have an individual experience while together. This division is not natural or inevitable. Cinemas are dark places where we are supposed to be focused on the screen and not on the people around us. This allows for a sense of community to develop, but it also makes us easy targets for emotional responses. Have you ever turned to your friend in the cinema and laughed that you are both crying? Films, in cinemas, can control what we see and hear. And they can manipulate our emotions in order for us to be changed by our feelings, instead of ignoring them. Watching films that challenge us to think about the world in new ways.

We have begun to create the films to show you. Precious because I will not walk this way again, guided with such wisdom by Deanne and Tammy. Precious because standing here at the overlap over cultures, here and nowhere. Fragments because try as I might the films kept crumbing under my hands in the edit suite. They are pieces of a bigger picture that will never exist again.